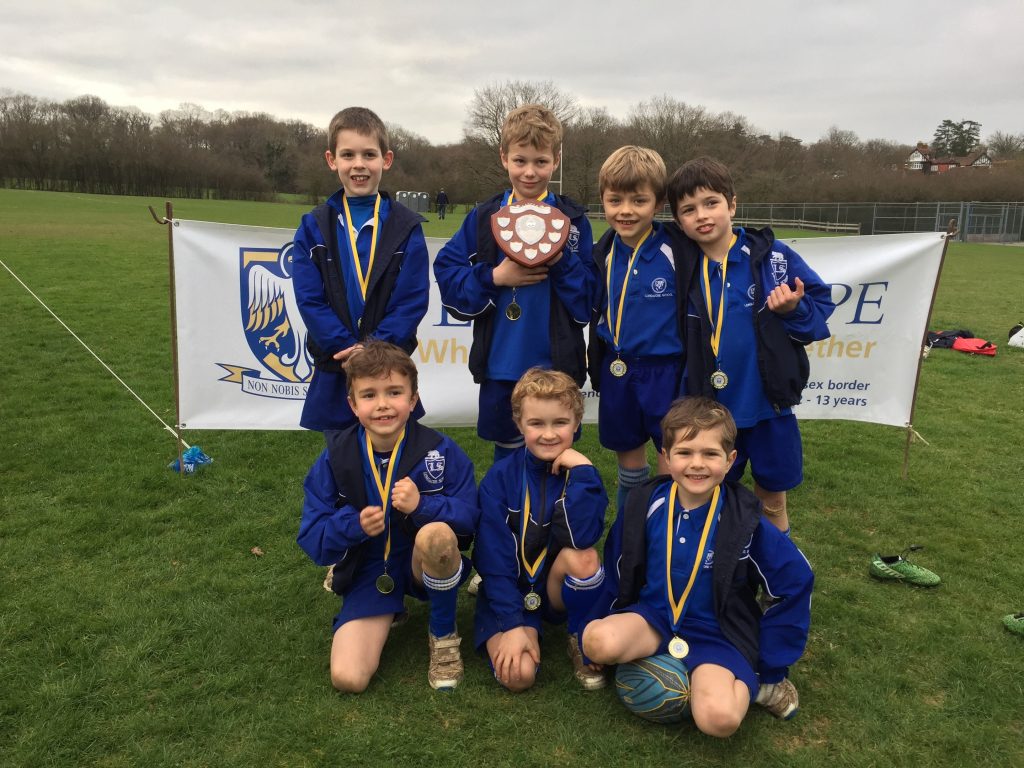 Longacre won the Pennthorpe Tag Rugby Tournament against 5 other teams. Of our five matches we won 3, drew 1 and lost 1. Victories were over the two Pennthorpe teams but also included a 7-0 defeat of a reasonable Reigate St Mary’s second string team. Our only defeat was against Reigate St Mary’s first team, who beat us 6-4. Put into context; they were a good team; we were scaling Everest, despite having manoeuvred ourselves into the downhill position and ‘they had a girl’ (who was extremely good and a great credit to her school!).

In our final game we drew 7-7 with Copthorne – although the referee thought we’d won 8-7. (He was probably right – my maths is notoriously poor). Fortunately in the very last game Pennthorpe upset Regiate A leaving us to take the trophy for the second year in succession.  Well done boys!