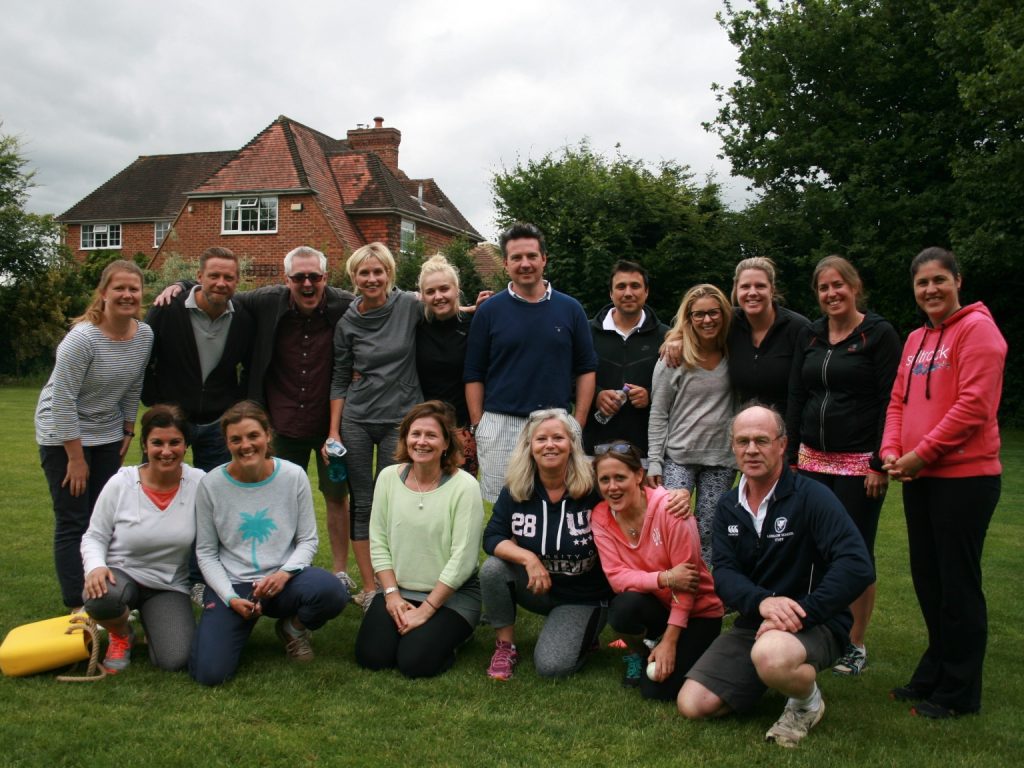 The rounders matches now seem to be an established part of Longacre PTA life and kicked off with the usual good humour and fits of giggles in glorious sunshine.  Once we had established a few ground rules (basically, try to hit the ball, THEN RUN!), the matches commenced.

With enough players and time to play four matches, your intrepid Sports Editor would like to say it was a close run thing, except she can’t!  Mr B and co had a resounding victory but could this be in part because only Mr B and Mel Cowler (both on the same team) were the only ones keeping score. We will never know, and do we care?  Probably not, because it was all about the taking part!

The matches were followed up with a scrumptious cream tea and strawberries. Our thanks go to the mums, dads and nannies who took part. The final total is yet to be finalised, but is likely to be in the region of £200.