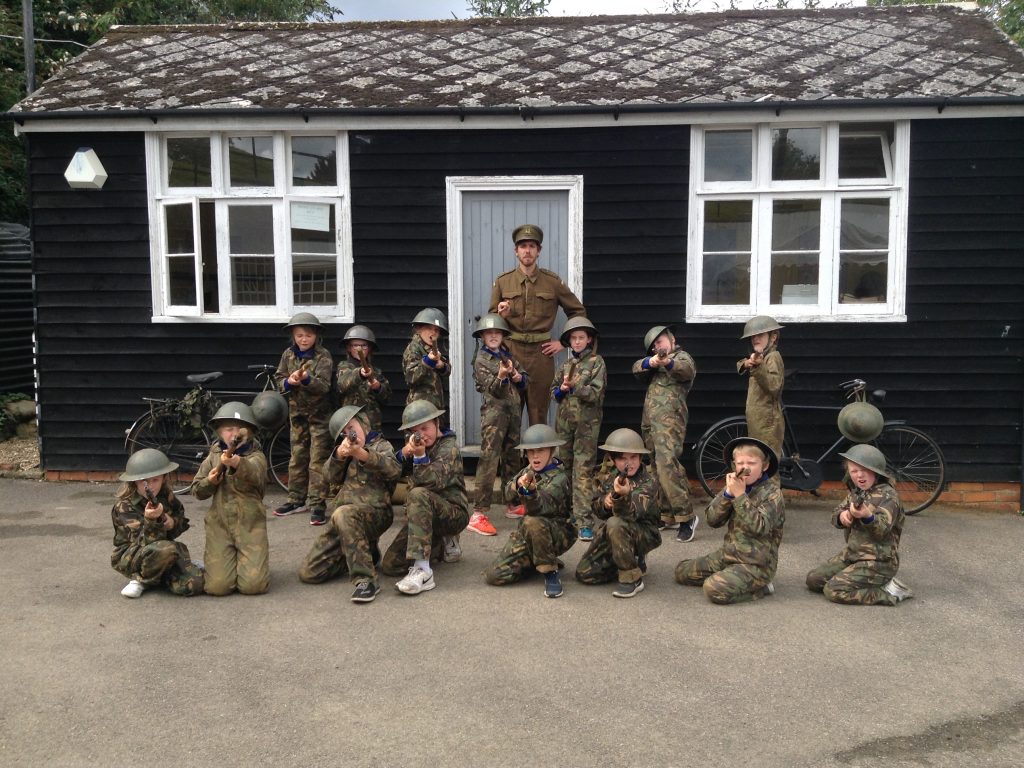 Last Monday, the Form VI children set out on a day trip to Henley Fort in Guildford, to experience what life might have been like for the local civil defence during World War II. They spent half the day as ARP wardens, and the other half as the Home Guard. Here are just a few of their comments:

“My favourite parts of Henley Fort is the road blocking, putting out the fire and when we were hiding in the Morrison shelter. It felt like it was scary and exciting.”

“The best thing about Henley Fort was wearing the tin hats because they were heavy and really irritating, and the rifles were even heavier. It must have been terrible living in World War II.”

“My most favourite part was when we had to smack the levitating sand bags with the pikes and putting out the fire with a pump because you’re doing something physical – it was exhausting!”