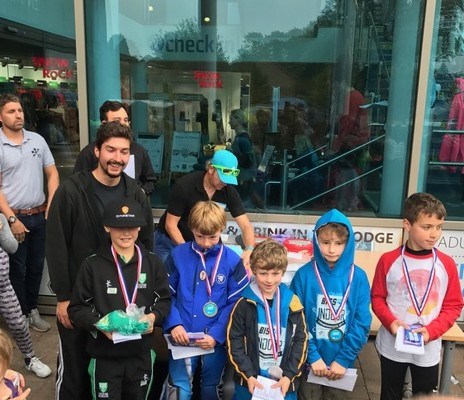 On Monday 25th September Longacre’s Ski Team travelled up to The Snow Centre in Hemel Hempstead to compete in the British Independent Schools Skiing Indoor Championships.  Mattie B, Elias S, Will J and Caspar C were competing against 176 other skiers across all categories.  As ever the competition was tough, however the entire team contributed to another successful outing on the slopes:  Mattie finished 3rd in the Under 10 Boys, with Will finishing 13th.  In the Under 12 Boys, Elias finished 19th and Caspar 42nd (in his first competitive race).  The boys’ efforts culminated in them finishing as the 4th ranked boys team, just one point off 3rd and two points off 2nd.  A top effort by all four.