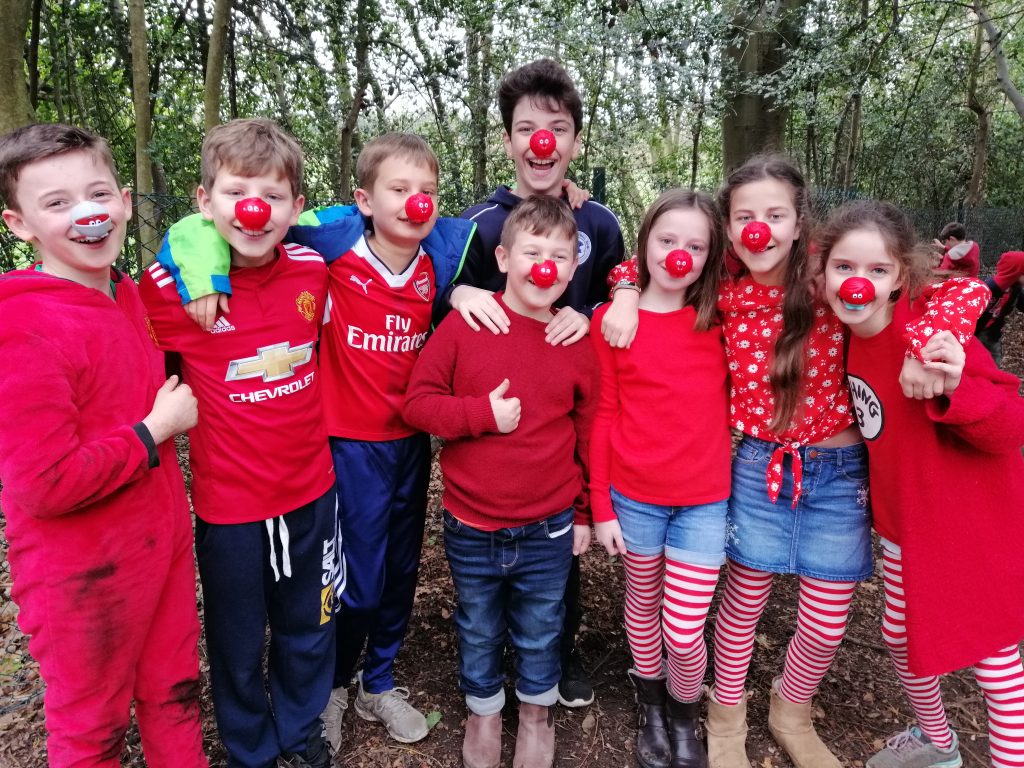 On Friday 15th March Longacre shunned its traditional blue uniform in favour of shades of comedic red for Red Nose Day. 270 excited children (with very bulbous noses) exchanged ever more groan worthy ‘jokes’ practising for the Longacre joke competition later that day. The heats for the competition were held by the long suffering form teachers during form time hence the number of staff who turned up to assembly in ragged clothes (as they had split their sides!).

During Rewards Assembly the children performed a rousing and enthusiastic version of the Comic Relief song ‘Put a Nose on It’ followed by the final round of the joke competition. The winners of each year’s heat told their joke with impressive aplomb and the overall winners were Alex E (Pre-Prep) with his exceedingly annoying chicken joke and Viggo D (Prep).

We sold out of all our stock of red noses well in advance of the big day. Thank you to everyone for your support and as a result we have been able to donate over £735 to Comic Relief. A special thank you to the PTA and the Form I parents who hosted a special cake sale, selling out of red nose cakes and donating all the proceeds (£122.70) to Comic Relief.