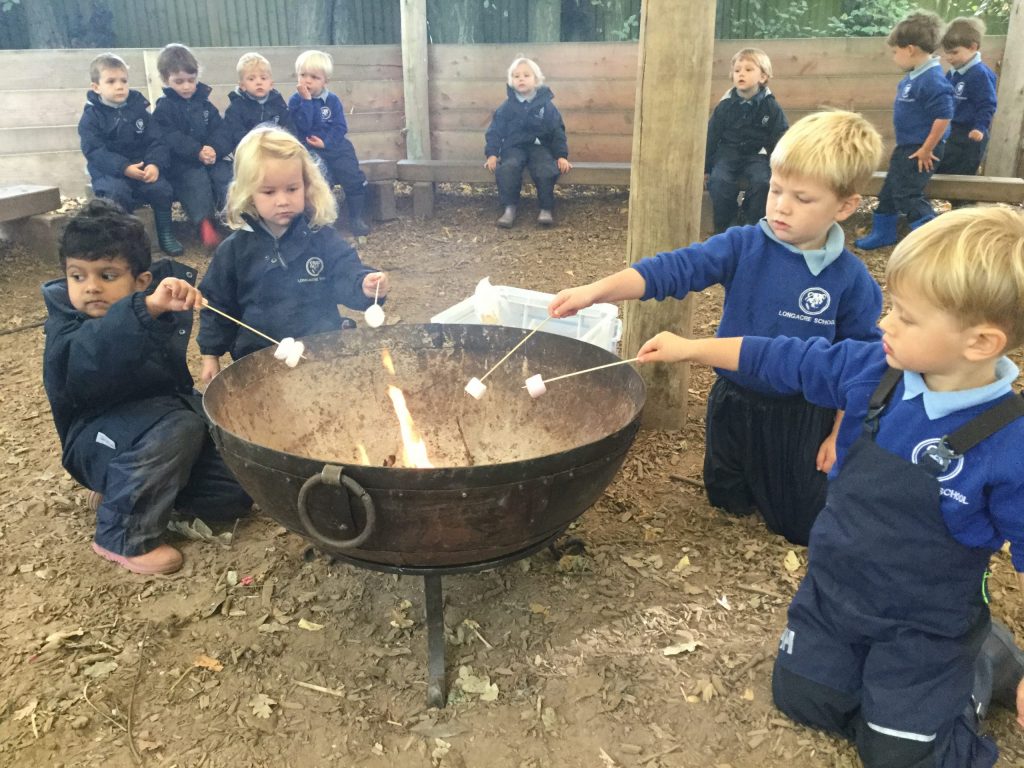 Kindergarten had a fantastic Empty Classroom Day! We were so lucky to miss the huge downpours of rain and the few spots of rain we had certainly didn’t dampen the children’s spirits! After collecting snappy, dry sticks for the fire it was time to light it. The children were in absolute awe when Mrs Hall-Palmer used the flint to light the fire. Once the flames had died down a bit, it was time to toast the marshmallows …. yummy! The children were so careful and used their listening ears when it was their turn to toast the marshmallows; this was a real highlight for the children!

As part of our ‘My Family and Me’ topic, Miss Thorpe read the Stickman story to the children and once the story was finished the children were split into groups to create their very own family of stick people all ranging in sizes and using natural objects to create their bodies and facial features. It was then time for a quick snack followed by some free play which the children very much enjoyed! There was path making using brooms and soup making with mud, leaves, acorns and water. The children also had the opportunity to use the hammer to place nails into a mini tree stump; the children listened carefully and displayed good hand eye coordination. As we got back to Kindergarten the heavens opened so we had our outdoor picnic lunch indoors instead which was just as much fun. To finish the morning the children had a rocket ice lolly followed by watching the Stickman video.