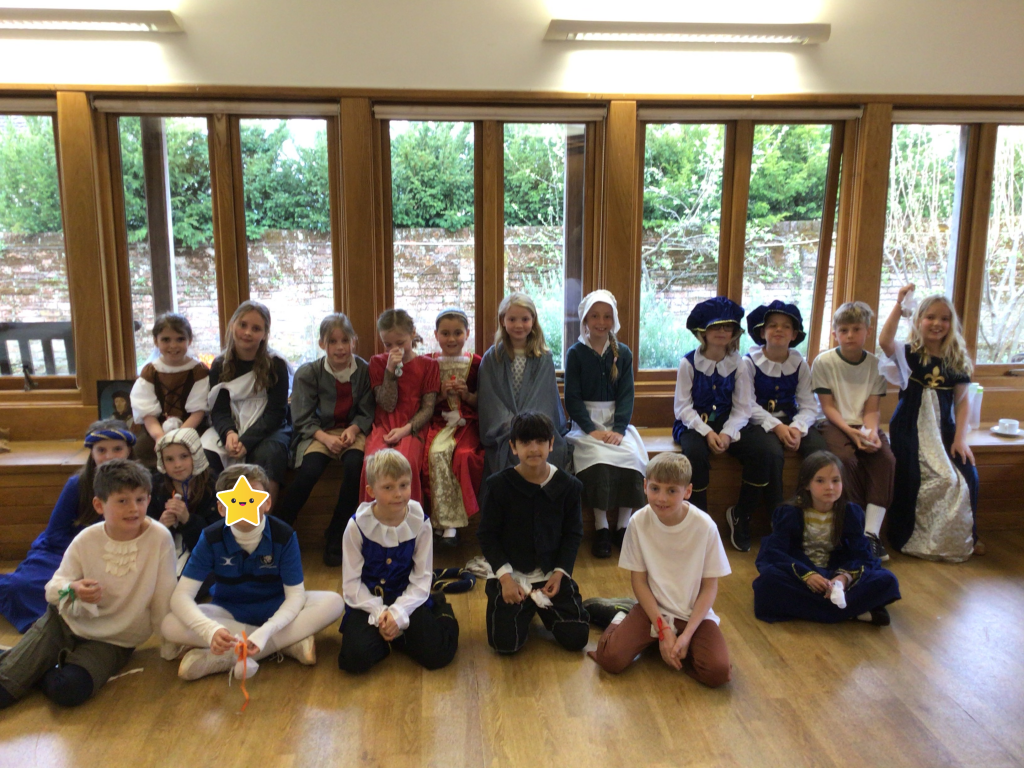 On Wednesday the Form IV children enjoyed a fantastic Tudor day at Farnham Museum. The day started when the children arrived in their Tudor costumes; we had princes and princesses and rich and poor children from Tudor times. The children all looked fantastic and it really set the day off well.

When we arrived at the Museum they were ready with lots of Tudor activities for us to try. We started with making some sweet-smelling little bags by grinding different herbs like lavender, cinnamon, cloves and rosemary in the quantities that we wanted. We learnt that the Tudors believed that illnesses came from ‘bad’ air so they needed to make some nice smelling things that they could smell when they were going about their daily lives. The next workshop was an introduction to Tudor medicine. The Tudors had lots of interesting ideas about how to cure common ailments including drinking strong beer, eating spiders and putting leeches on your arm to suck blood! We also learnt about some objects that were used in Tudor daily life and we enjoyed using quill pens and ink, alongside the Tudor alphabet, to practise some Tudor style writing.

In the afternoon we had fun dressing up in different Tudor costumes and then we learnt a traditional Tudor dance. It was a good end to a fantastic day where we learnt lots of interesting and new facts about life in Tudor times. Well done Form IV for participating so enthusiastically!