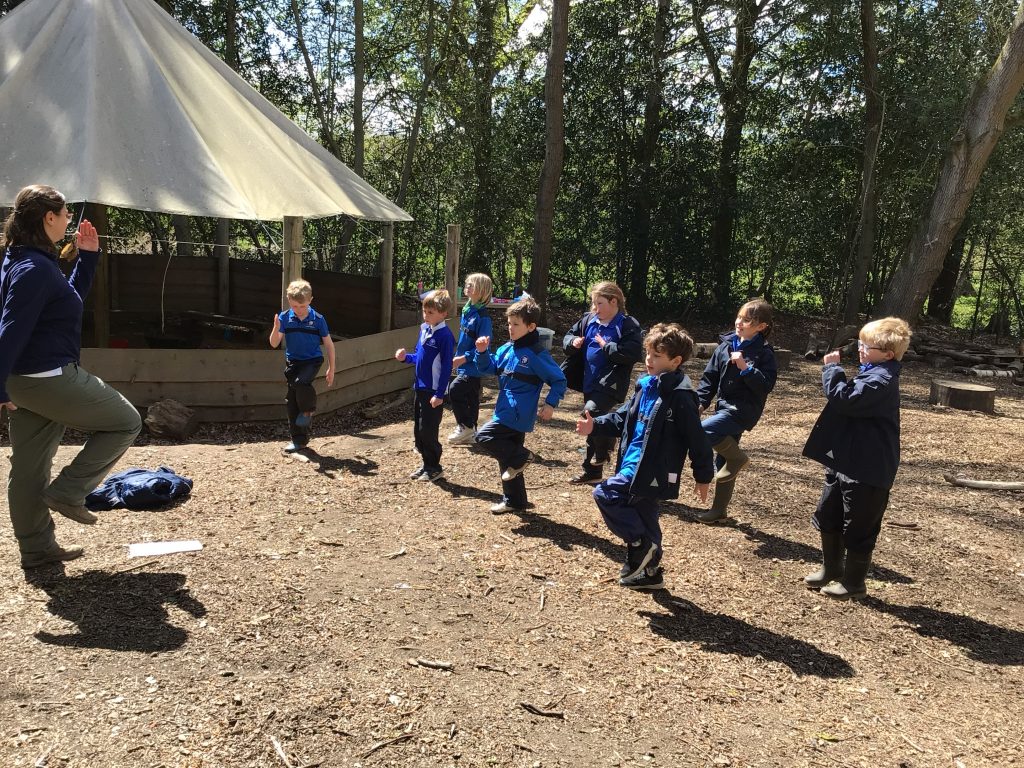 The Form III children had a fantastic time on their Empty Classroom Day on Wednesday. They started off by collecting some firewood ready to use later on. The first lesson of the day was maths where the children collaborated in pairs to find the perimeter of objects around the woods, using their own measurements such as hands, feet and even Charlies! In English, they read the second chapter of their class book ‘Cliffhanger’ and then the children worked independently to fill in a questionnaire as one of the characters. They then had fun bringing those characters to life as they answered questions in the ‘hot seat’.

After break the children became Victorians in their humanities lesson. They experienced some Victorian games, tried handwriting with wooden quills and ‘ink’ made from mud. They were also put through their paces with some drill exercises. The children loved eating a picnic lunch in the outdoor classroom and of course toasting some marshmallows over the fire over lunchtime.

For their art lesson in the afternoon, the children worked in pairs to recreate art work in the style of George Rodgrigues’ ‘Blue Dog’ using natural materials found in the woods. They created some fantastic pieces and were pretty accurate too! In their final lesson of the day, Science, the children learned how to classify leaves. They collected a variety before deciding how they would sort them and used iPads to take photos and record them. We had such a fun day and luckily the rain held off for us. We can’t wait for the next one!