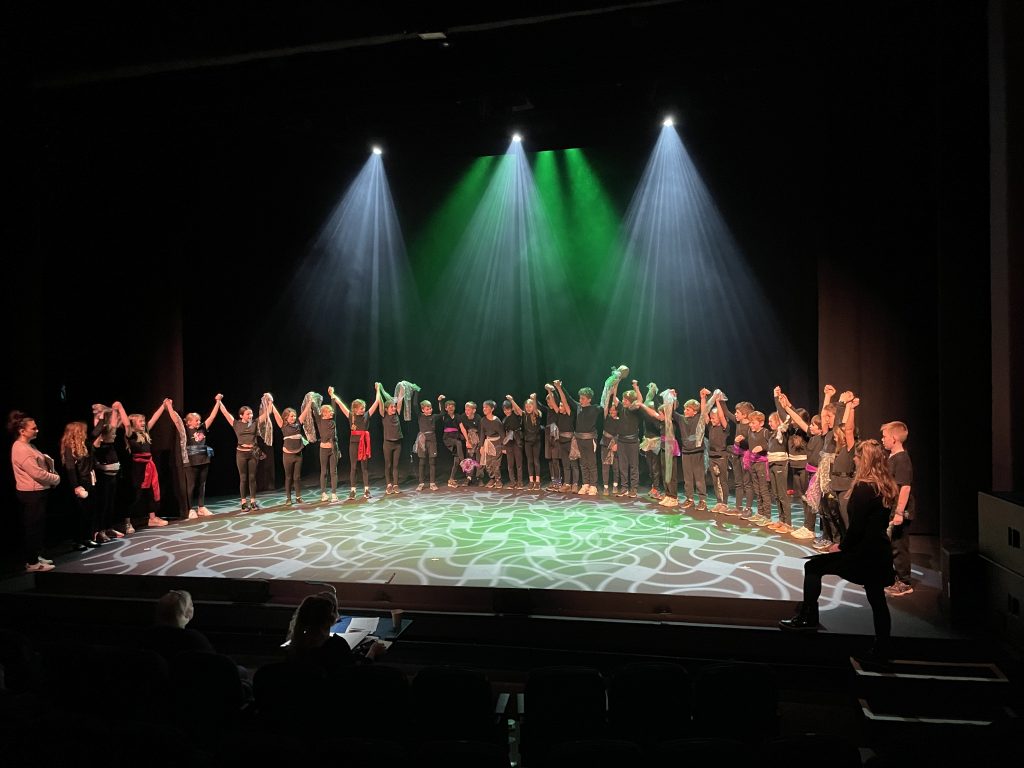 Exploring Shakespeare is a difficult concept for children and tackling the ‘Scottish Play’ quite a task for 10 and 11 year olds, but Longacre’s Form VI smashed it on Tuesday!

Performing, for the first time, on a major stage proved tricky at first and the dress rehearsal (albeit with minimal props and costume) was a very steep learning curve. However, after watching the other schools perform and picking up hints from all around them, they took to the stage at 8.30pm like seasoned professionals, growing in confidence and stature before our eyes.

They followed this up on Wednesday with a site specific performance in the woods improving physicality and voice control with every line.

We could not be prouder of them and excitement now builds for their end of year production in June……watch this space!