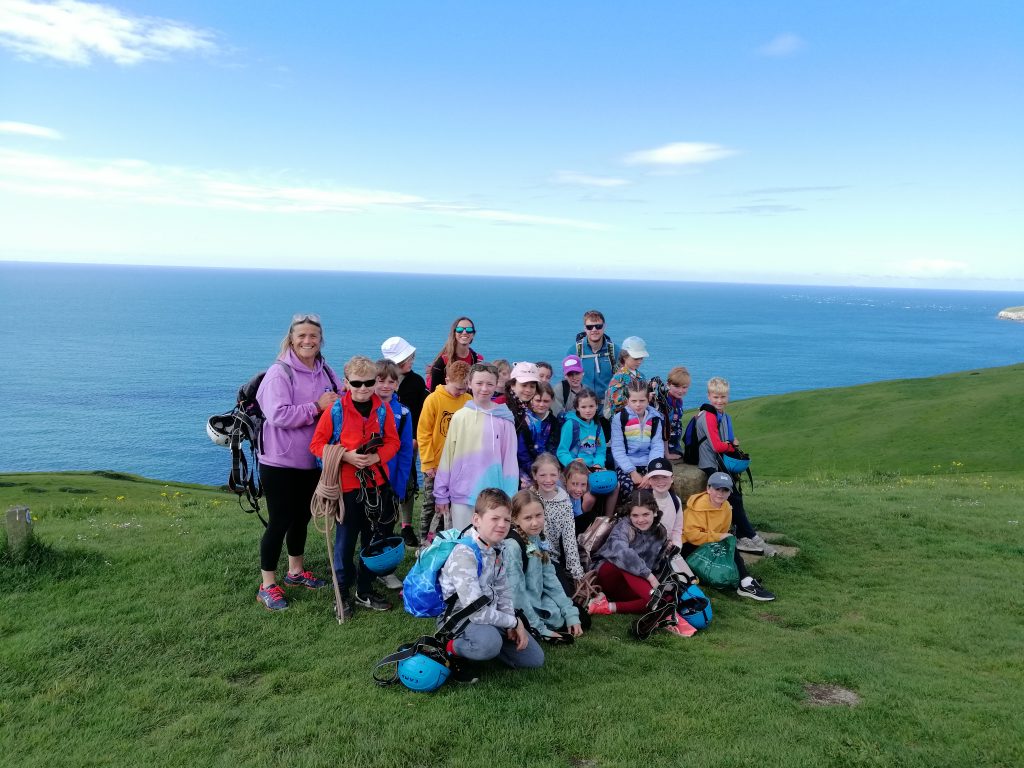 Year 5 gathered the week before summer half term to set off – suitcases, hoodies and stuffed toys at the ready – to make the most of this fantastic week at Land and Wave in Swanage.

Facing a week of no electronic devices or sweets, being away from their families and being independent, they dived (literally for some) into a frantic afternoon at the Dorset Water Park where the competition was on to see who could throw the most teachers into the water as they negotiated the slides, jumps, bridges and stepping stones. End results: teachers – lots of points, kids – a few! An amazing dinner followed by a night hike to get an amazing view of Corfe Castle rounded off a perfect first day.

Day 2 dawned and was filled with pioneering and climbing at Dancing Ledge. The bravery and teamwork shown on the cliff climbing routes was outstanding and all the groups proved to be very smart at knots and construction of catapults as they took on the target and catching challenges in a battle of tennis balls (although some fired backwards!).

A day in the woods was brilliant with archery, fire lighting, den building and baking camp doughnuts. The Longacre gang proved that they had great survival skills and there are some budding Robin Hoods in the midst. And so the week continued with many other events including a fabulous evening around the campfire singing our hearts out to some impromptu songs and dances and a day at the beach for beach games, castle building, volleyball and bodyboarding.

Each night we had an awards ceremony with special treats for those who had done well that day and displayed kindness, teamwork and resilience which is what the trip was all about. Stars of the day and week emerged with lots of the pupils showing amazing improvements in all areas. Dylan and Reuben were our ‘Campers of the Week’ and everyone had a moment where they shone.

We also awarded the much-coveted ‘Doughnut of the Day’ to those who had kept us amused with their curious take on life (think legs into arms of wet suits), dramatic entries and exits from the tents and some stunts that could take the awards on ‘You’ve Been Framed’ for many seasons to come.

Throughout this fantastic week, the Year 5’s tried new activities every day, many being away from home for the first time and their resilience, positive approach and enthusiasm was a real pleasure to see.