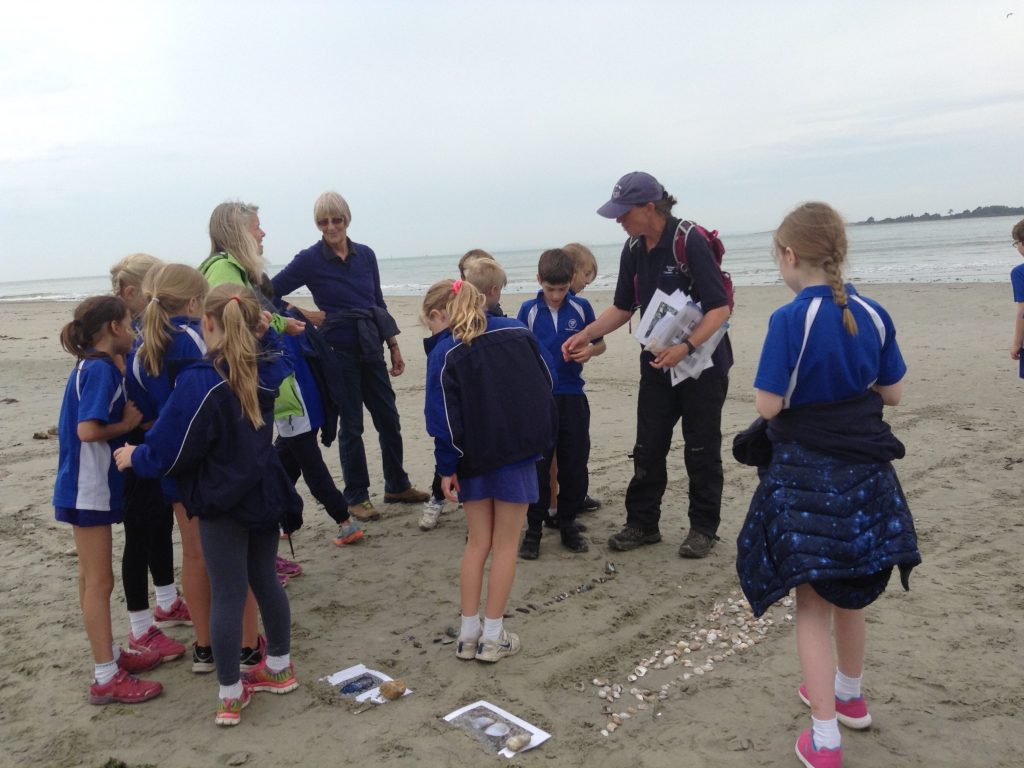 Last Tuesday Form IV went to West Wittering to learn about coasts. We talked about the map of West Wittering, Chichester Harbour and East Head.

First we went down to the beach and made two rows of 25 sand castles in a line to see how far the tide came in. We had a race to see who was quickest. We ran up and down the beach like waves to show how waves pick up stones and sand and deposit it up the beach. The waves move at a diagonal angle called long shore drift. We swashed and we backwashed! Then we had a sand castle competition.
At lunchtime we were mobbed by seagulls because Hugo, Olivia and Oliver decided to feed them despite being told not to! Lucy hid under the table.

After lunch we explored the salt marsh and the sand dunes. There were loads of crab shells on the ground in the salt marsh. The plants were special because they had adapted to the salt water – they looked like sea urchins without the spikes. The salt marsh is a natural sea defence because the marsh slows down the waves. It is also a special habitat for plants and animals.

We lay down in the sand dunes and listened to the birds. We heard skylarks and swifts. Marram grass grows there and keeps the sand from blowing away. It is also a natural sea defence.

Down on the beach we collected different types of shells – the slipper limpet was by far the most common. Razor shells were the least common.

At the end of the trip, the sea had covered all of the sand castles – the tide had come all the way in! Just as we got onto the coach, it began to rain! We were so lucky.