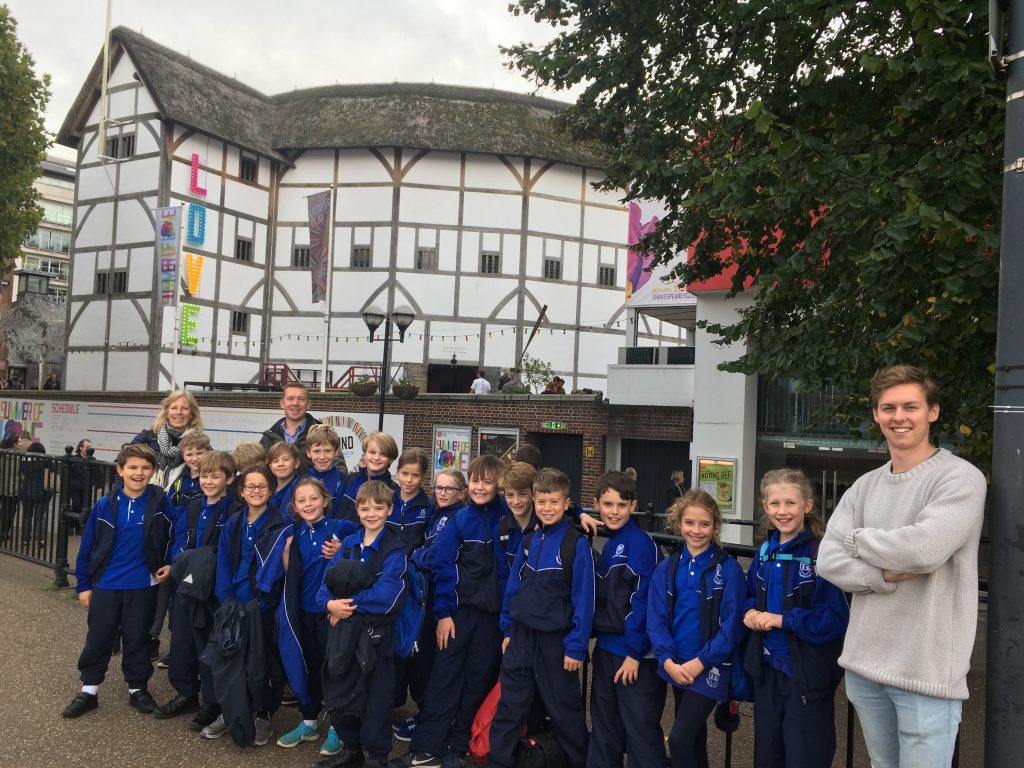 The day dawned fair as our band of travelling thespians verily sallied forth to Shakespeare’s Globe Theatre on Bankside. In spite of Network Rail’s efforts to delay us we arrived in time for a quick loo break before the adventures began. Adam, our practitioner, toured us around the magnificent theatre as we compared ancient and modern – most of the features we expect today were present in Shakespeare’s time….except the gift shop of course!

We then strolled to the rehearsal studios and a workshop on ‘Macbeth’ – we developed our focus skills and characterisation of the witches, Banquo and Macbeth and brought them to life using just a few lines of dialogue and remembering that our audience were all around us!

After a very brief snack we settled down for the stage fighting demonstration. Phil, a fight choreographer for over 50 years, explained how stage fighting worked, the pitfalls and magic and how it was used in Shakespeare’s plays. The movements were almost balletic and when we had the opportunity to don the helmets and hold the swords we realised how fit the performers had to be…they were VERY heavy!  Phil also explained that street violence in those times was illegal, punishable by death, and fighting was reserved for battle and solving issues of honour.

We enjoyed a leisurely lunch by the river and strolled  back to Waterloo taking note of all the Southbank has to offer from sand artists to street poets. A truly memorable day.