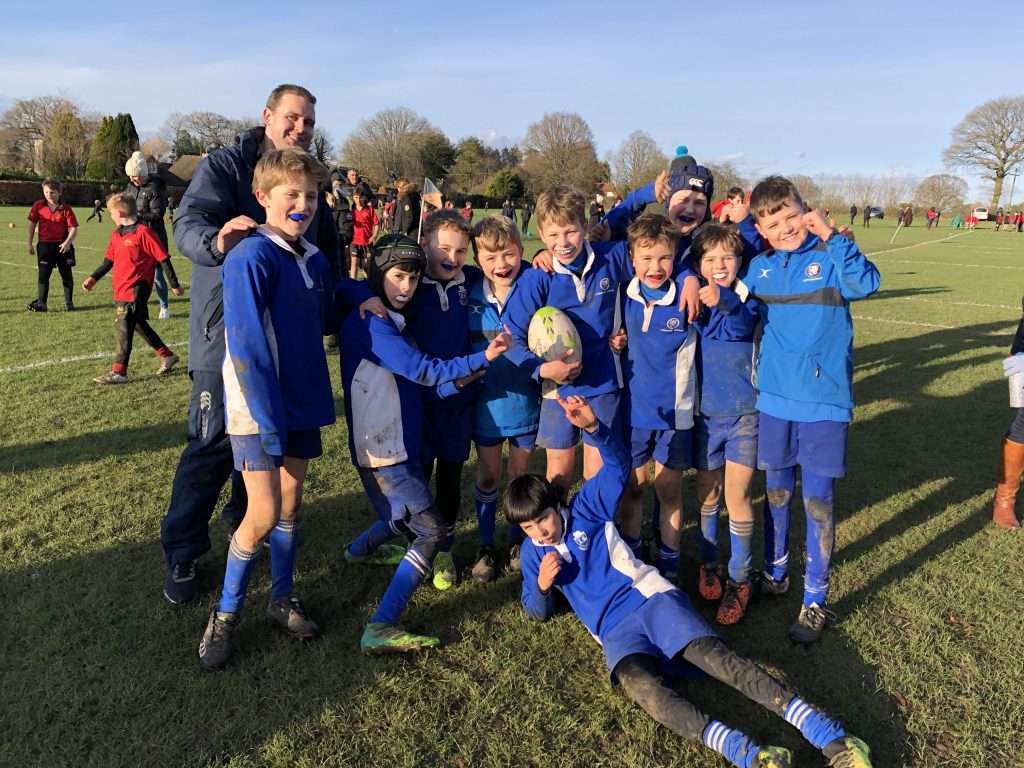 In February Longacre took part in the Churcher’s College Rugby Sevens tournament. Little did we know when we stepped off the bus just how dramatic an afternoon it was about to be.

Longacre were placed in Group A. This included Churcher’s A, The Royal School, Oakwood, Prince’s Mead and PGS B. The Under 11 A’s were bright and alert from the very first whistle and navigated the group stage without too much trouble, winning four and losing just one to the eventual champions Churcher’s A.

This set up a third and fourth place play-off match against PGS A. Longacre kicked off and were immediately on the back foot as PGS started to apply the pressure. After a number of good phases PGS ran in to score the opening try of the game (0-5). This Longacre side are never on the back foot for long and restored parity within a minute with Sam dancing through to score (5-5). PGS seemed a little rattled and started making some silly errors, one of which was a stray pass which was superbly intercepted by Austin who coasted in to put Longacre 10-5 up. PGS regained some composure and ended the half with a try in the corner to level up at 10-10.

PGS kicked off the second half and started to apply the pressure once again. Longacre’s defensive performance in the second half would have even brought a smile to Shaun Edwards’ face. Every time PGS went for the line there was a Longacre body blocking their path. With no time on the clock PGS were awarded a penalty right on the Longacre line. The ‘tap and go’ failed to work and somehow the ball popped out on the Longacre side, a quick pass to Oscar found him in a little bit of space and so began the run! Oscar curved his run and set off up the touchline, evading tackles left and right before scoring with the final play of the game.